I’m A Celebrity…Get Me Out Of Here! is set to return for its 21st series this month where celebrities will compete to be King or Queen of the castle once again.

ITV has announced the new series hosted by Ant and Dec will return on Sunday, November 21.

Confirmed: I’m A Celebrity…Get Me Out Of Here! starts Sunday 21 November at 9pm on ITV.@itv @antanddec @imacelebrity #ImACeleb pic.twitter.com/zpleOJBBHR

This year’s show will once again be filmed from the historic Gwrych Castle, Abergele, in North Wales.

Winning the show can often lead to greater fame with lucrative deals and business deals up for grabs for the lucky winner making every dreaded Bushtucker Trial worth it.

However, life is not always plain sailing for Jungle/castle royalty after returning to normality.

Here we take a look at every previous winner of the hit ITV1 show and find out what they’re up to now.

Tony Blackburn was the first I’m A Celebrity winner. (PA)

The show made its debut in 2002 with a host of famous celebs including Tara Palmer-Tomkinson, Uri Geller and Christine Hamilton.

It was 59-year-old radio DJ Tony Blackburn who captured the hearts of the nation and was crowned King of the jungle.

After leaving the show he continued to have an impressive broadcasting career with the BBC until a brief hiatus in 2016 before returning to be a regular on BBC Radio Two.

Former England cricketer Phil Tufnell announced his retirement from the sport shortly before being named as a contestant on the second series of I’m A Celeb.

His quick wit made him a hit with viewers and the second winner on the show has gone on to become a TV regular.

Phil made it to week nine on the 2009 series of Strictly Come Dancing and appeared on Channel 4s The Jump.

He can still be seen in the small screen today, most recently his golf Netflix show, This Could Go Anywhere.

Kerry Katona became the first Queen of the jungle in 2004. (PA)

Kerry Katona became the first Queen of the jungle in 2004 after winning the first of two series that year.

Since leaving the jungle Kerry has been in the headlines for a number of reason. She has had a string of relationships in the public eye, including the public break up former husband Brian McFadden.

She was inundated with TV offers as she became the face of Iceland and starred in her own reality TV show. She has also appeared on Celebrity Big Brother and Dancing on Ice.

Away from our screens the former Atomic Kitten star has recovered from bankruptcy twice, battled drug and alcohol problems and been diagnosed with bipolar disorder.

She now creates content for online platform OnlyFans among other things.

After leaving he continued a string of comedy tours and appeared on the 2013 season of Dancing in Ice returning a year later for the show’s all-stars season.

He still makes the occasional TV appearance, most recently The Nightly Show in 2017.

The daughter of former Prime Minister Margaret Thatcher, Carol was a journalist and author before heading to the jungle.

She won over viewers with her no-nonsense approach to Bushtucker Trials.

She went on to become a regular on The One Show before being dropped by the BBC after referring to a tennis player as a “golliwog” in an off-camera discussion with Adrian Chiles and Jo Brand.

She wrote a book about growing up as the PM’s daughter and her mother’s battle with dementia.

Busted musician Matt Willis appeared in the 2006 intsalment of the show alongside  famous faces including Myleene Klass, Jason Donovan and Dean Gaffney.

He had already found solo success after leaving Busted before joining the show but turned his attention to TV after winning the crown.

Matt hosted the I’m A Celeb spin-off show I’m A Celebrity: Extra Camp alongside then girlfriend Emma Griffiths for the 2007 series.

He has enjoyed a number of acting roles including in the revival of Birds of a Feather and a brief spell on Eastenders, playing the role of Luke Riley.

He has since appeared on stage, including roles in Wicked and Footloose.

The veteran actor was already a household name famous for roles in shows such as Upstairs, Downstairs and Porridge.

He beat off competition from Gemma Atkinson and Janice Dickinson to claim the title of King of the Jungle.

He went on to appear in a number of celebrity shows including Come Dine With Me and MasterChef.

In 2016 he was booted off Celebrity Big Brother after a number of “offensive” outbursts that weren’t shown on TV.

Joe Swash made it to the final of this year’s Celebrity MasterChef. (BBC/PA)

The former Eastenders star won the eighth series of the show in 2008.

Since leaving the show Swash hosted Extra Camp for nearly a decade alongside stars such as Caroline Flack and his now fiance Stacey Solomon.

More recently he has appeared on Celebrity Gogglebox and won Dancing on Ice at the start of 2020, before making it to the final of this year’s Celebrity MasterChef.

He welcomed his second child, Rose Opal Esme Solomon-Swash, with Stacey Solomon after welcoming their son, Rex, in 2019.

The pair got engaged last Christmas but delayed their wedding after she announced her pregnancy in June.

Gino is now regular on This Morning and Celebrity Juice. (PA)

After leaving the jungle both he and co-star Stuart Manning faced animal cruelty charges for killing and cooking a rat during the show.

The charges were later dropped when ITV took responsibility and paid a £3,000 fine.

Gino is now regular on This Morning and Celebrity Juice. He also presents ITV’s Family Fortunes.

He can also be seen travelling the world with fellow chef Gordon Ramsay and First Dates restaurant manager Fred Serieix in Gordon, Gino and Fred.

Stacey Solomon is a regular on ITV’s Loose Women. (PA)

Stacey Solomon rose to fame after finishing runner-up to Joe McElderry and Olly Murs on The X Factor.

She released her debut album, Shy, in 2015 and has been a regular panellist on Loose Women since 2016.

She took over from Laura Whitmore as presenter of  I’m A Celeb Extra Camp before being dropped in 2017.

It was here her romance with now fiancé and fellow I’m A Celeb winner Joe Swash begun.

They are now engaged to be married and welcomed their second child earlier this year.

McFly’s Dougie Poynter won the show while taking a break from the band in 2011.

McFly have recently released new music and took part in numerous tours around the UK – they also teamed up with Busted to create the supergroup McBusted.

He has also seen success as a model for brands including Dolce & Gabbana.

The 2012 winner is best known for her role as Janine Butcher in BBC soap Eastenders.

Following her win, she continued with her role until 2014.

Since then, she has appeared in a number of TV shows and has seen success with fitness DVDs following her own weight loss.

Charlie has recently returned to Albert Square to reprise her role as Janine Butcher in Eastenders.

Westlife star Kian joined the show after his band split and the girlband he managed, Wonderland, failed.

He released his debut solo album after winning the show and reached number nine in the UK charts.

Since then he has gone on to be a coach on The Voice of Ireland.

I’m A Celebrity…Get Me Out Of Here! quiz?

He won the show after eating bull penis and ostrich anus during the live final.

Following the show he set up fellow contestant Jake Quickenden with his own daughter, Danielle.

The couple are no longer together.

Since leaving as Queen of the Jungle she became a celebrity fitness influencer and presented Extra Camp for one year after being crowned winner.

She also appeared in the Australian version of the show.

She regularly updates fans on Instagram and can be seen on TV shows, most recently Celebrity SAS: Who Dares Wins.

Scarlett rose to fame after appearing with her family on Channel 4’s hit show Gogglebox. (PA)

Scarlett rose to fame after appearing with her family on Channel 4’s hit show Gogglebox and proved a hit with ITV viewers after being crowned Queen of the Jungle.

He appearance on the show impressed host Ant and Dec s much that she was invited to co-host Ant & Dec’s Saturday Night Takeaway. She also co hosted spin-off show Extra Camp during the following season.

‘Toff’ rose to fame after appearing in E4’s reality series Made in Chelsea. (PA)

‘Toff’ rose to fame after appearing in E4’s reality series Made in Chelsea.

Despite her posh background her friendship with Stanley Johnson and her down to earth personality won the hearts of ITV viewers.

Since leaving the jungle she can regularly be seen presenting on ITV’s This Morning and has popped up in Celebrity Gogglebox alongside her friend Stan, who just happens to be the Prime Minister’s dad.

Harry Redknapp had ITV viewers in stitches on I’m A Celeb. (ITV/PA)

Harry Redknapp already had a strong following from his football career, particularly as a manager but gained a whole new following after winning the show in 2019.

Having never watched the show, Harry had viewers in stitches and his undying love for his wife, Sandra, made him a hit with viewers.

He has since gone on to star in numerous TV shows and recently sold his Sandbanks home to build his wife’s dream home nearby.

She received backing from viewers after campmate Myles Stephenson apparently told the actress her husband Dan Osbourne had romantic fling with his ex, Gabby Allen.

She became the first winner to cancel all interviews when the show came to an end and enjoyed time with her family.

She has since built a huge following on social media and has launched a range of clothing lines.

Giovanna Fletcher won over her fellow campmates and the public. (ITV/PA)

Giovanna Fletcher won over her fellow campmates and the public after showing her caring side during I’m A Celebrity… Get Me Out Of Here!

Radio DJ Jordan North, who came in second place, labelled her the “kindest person I have ever met” after she was revealed as the victor.

Giovanna has continued her work as a podcaster and writer and is currently supporting her husband Tom Fletcher on this. 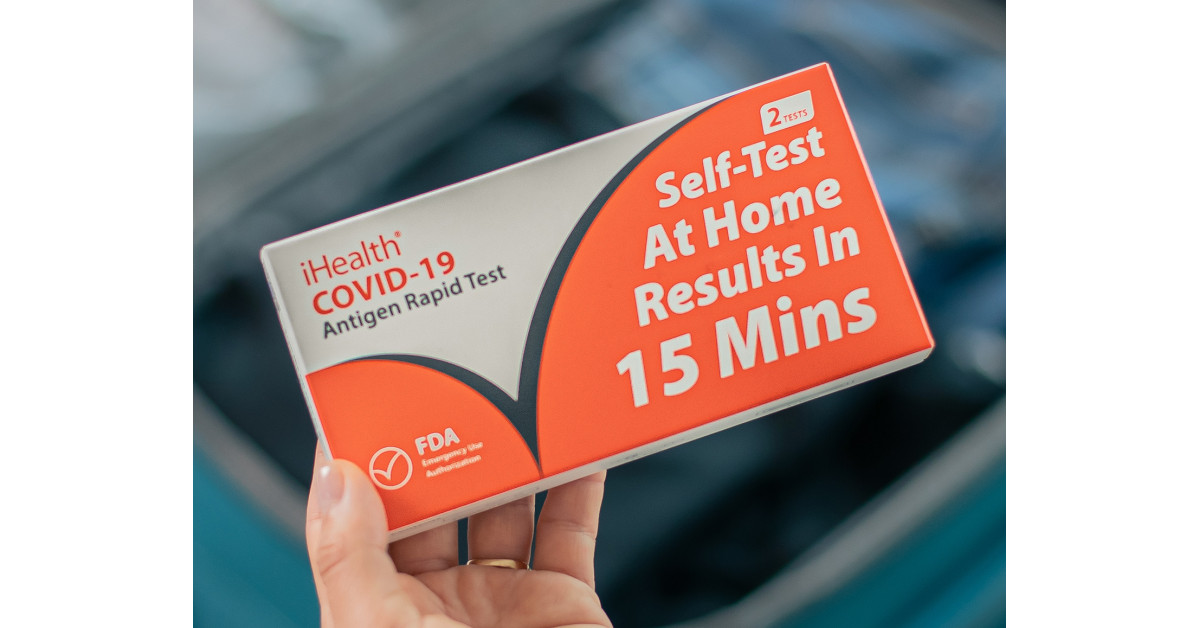 Previous post Stop the Spread With iHealth’s New COVID-19 Self-Test Kit for Only $6.99